I am not sure how one island can be so green yet so dry at the same time.

Riddled with dusty roads through sleepy villages, horse drawn carriages, and windy mountain tracks along the coast, Sumbawa felt like stepping back in time a decade. And there’s always kids running along the side of the road. What’s that about? I often ride the next few kilometres wondering where they’re running to. It’s a relief to see the “play outside till the streetlights come on,” mindset is still alive and well here. Except there’s really no streetlights either.

I was set on making it all the way to Lakey Peak, one of my favourite waves in Indonesia, that sits father towards the eastern coast of of the island. Sumbawa is a long island from west to east, so we knew the trip was going to be a good day or two of riding. We were plugging away on day one, making good time and trying to stay on track to do the trip all in one go. Olly was leading which was a welcome break for me. Up ahead he starts gunning it to pass a car, so I’m twisting the throttle in hopes to follow behind him. Then all of the sudden I’ve got nothing. My throttle cable has broken. Somewhere in the bush of the top end of Sumbawa in the middle of the day, and not a mechanic in sight. Thank god for Oliver. He finds a random cable tie on my bike that seems to be holding nothing together and joins what’s left of the cable to the carburettor. This holds until we get to the closest mechanic where I pay $5 for them to thread up a new cable for me.

See, this was my biggest fear. My bike breaking down, being helpless, not knowing how to fix the issue. But the thing about Indo is that you’re never far from a mechanic, and with a commonly used bike, the repairs are usually easily done and very cheap. See in Sumbawa, the biggest danger is not breaking down, it’s not thieves or robbers, it is undoubtedly.. GOATS.

There are goats everywhere. They walk in packs with their skittish mates and they love to prance out into the street into oncoming traffic. As cute as the little guys can be, I now know they don’t have much going on up between the ears. On the way to Lakey Peak I saw a man go flying after hitting a goat gone rogue. Olly and I were pretty determined to not have that be the way we go out. So all riding in Sumbawa has to be done in the day, for fear of falling victim to death by goat. So because of the throttle cable drama, and the threatening goat situation, it took us two days and one night to reach Lakeys.

Lakey Peak is one of my favourite destinations in indo. The waves are challenging to my surfing but not intimidating. And it’s a quiet little village where the accommodation is simple, the food is cheap, and there’s not much to do but surf and watch the sunset over the mountains in the afternoons.

I’d love to say that when we arrived it was just as perfect as I’d remembered it. But after two days of riding, we rocked up to onshore conditions and a very average swell. For two whole days, Olly was pretty angry with me I think. I had dragged him here with the promise of pumping surf and he was wishing he was back in Bondi. Traveling isn’t always sunshine and rainbows. Sometimes you break down, and you push through to get to the coast, and then the surf is crap when you get there. I begged Olly to trust me. And then, on day 3, it turned on. For a whole week we enjoyed offshore conditions with some really fun swell. The tension between Olly and I was replaced with smiles and surfed out vibes. We spent most of our days surfing and eating $2 plates of rice to keep us fuelled up. All we had needed was just a bit of patience.

We spent one of our last nights in Lakeys having dinner with a local family. Kishan has been running his boat out to the surf in these parts for years, and it was awesome to reconnect with him and his family. They invited Olly and I for dinner at their home. And as Ramadan had just ended, it felt like pretty fitting time to celebrate. We brought gifts for the family and they put out a delicious spread of rice, veggies, tempe and chicken. I helped to translate between the family and Oliver, and the kids just pretty much sat and stared at the odd foreigners suddenly sitting on their living room floor. It was a beautiful night that left me convinced that somehow, some way, I always seem to meet the best families in the villages I end up in.

My travel buddy Olly has stepped out into his own adventure, so I’m now traveling solo. It’s been awesome having him around over the last few weeks. I wish I could share the mental photos I have of following his bright red helmet as we darted around the mountains in North Sumbawa. One thing I loved about traveling with Olly is his super positive nature and compassion for people. He was always intentional about connecting with those around him. I can feel that when I look at his photography from our travels. I am lucky enough to be able to show you our trip through his eyes here. Check out his snaps, I hope it gives you a glimpse into the beauty of our last few weeks here in Indo. 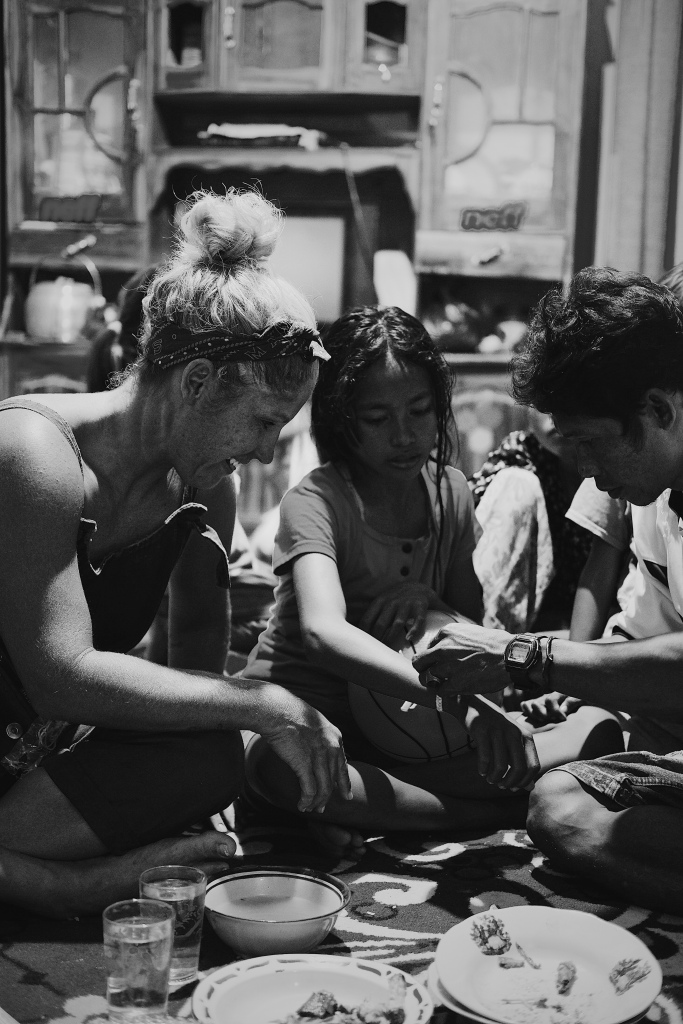 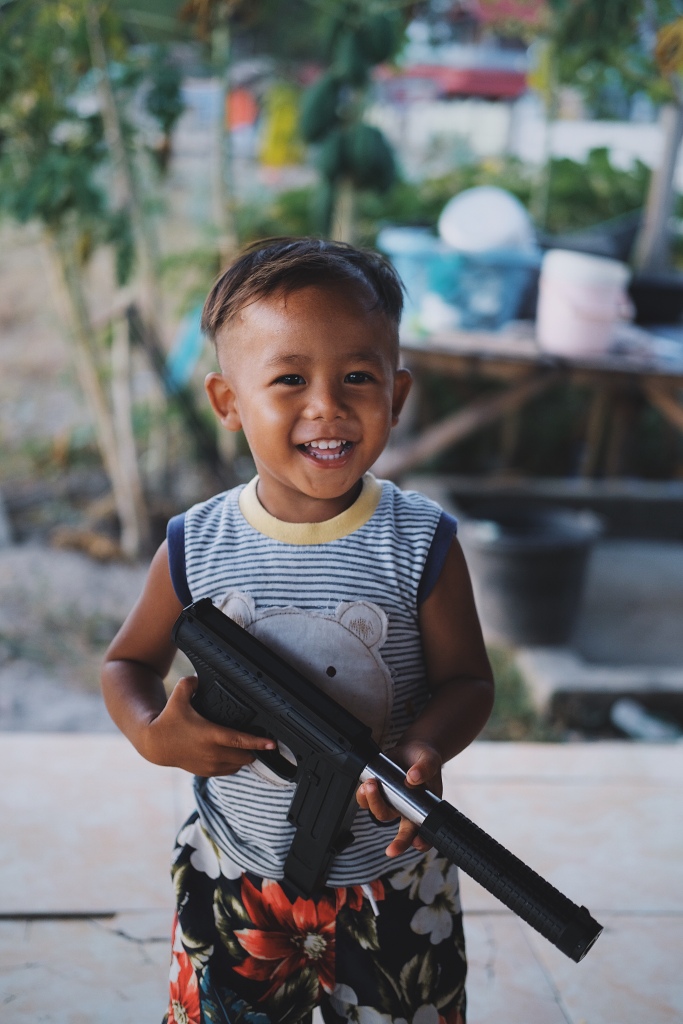 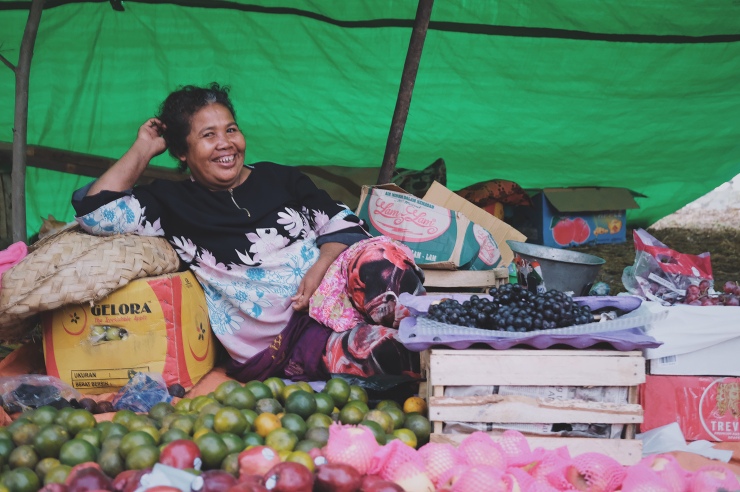 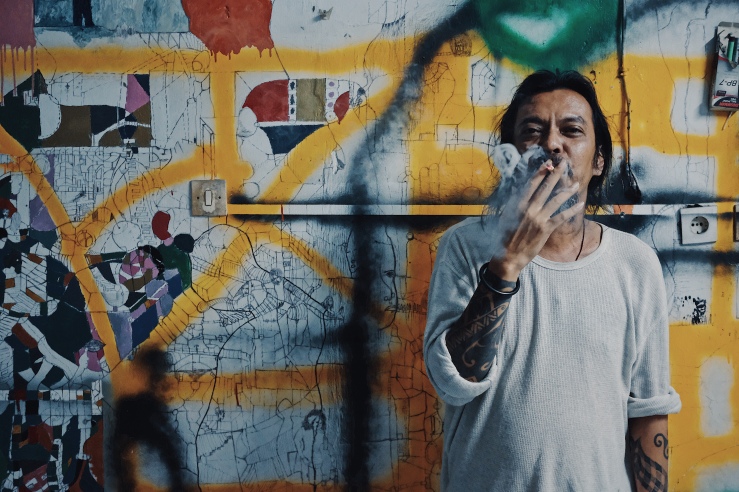 For more of Olly’s work, check out his Instagram here.